A campaign by Somali Youth, for Somali Youth to tackle some of the greatest issues troubling the UK Somali youth community today.

According to official statistics from the Met Police in 2018 there have been 1,299 stabbings in London up to the end of April. Along with the high rates of gang violence and knife crime, the high involvement of young Somali males has disrupted the community. With gang violence increasing in the streets of London, the Somali community is left feeling isolated and disregarded by those who make the decisions.

As Somali Rise we have identified key challenges within the community which cater to the rise of somali youths involved in gang crime. One key challenge is the lack of role models within the somali community. Another faced by male Somali youth is the high rates of underachievement and along with that is the issue of high unemployment. Somali males are among the poorest, worst-educated and least-employed in Britain.

The increasing incarceration of Somali youth is a symptom of boys’ continuing to grow up without fathers. Young Somalis are more likely to be involved in drugs, gang activities and extremism. These statistic show that there is a issue within the Somali community which is not being addressed appropriately.

According to Council of Somali Organisations (2016), “Somali youth offenders tended to be over-represented in Feltham Young Offenders Institute in Hounslow (at 63 out of 2,000 young offenders and approximately 600 ethnic minorities)”

As the British-Somali community is one of the newest diaspora, the clash between parent and child creates a communication barrier which feeds into the lack of communication between youths and elders in the community as there is a struggle to find an understanding between the two generations.

How can we rise up?

Somali Rise understands the challenges and we seek to tackle underachievement and the lack of positive role models for Somali male youths. Targeting 15 - 20 year olds in the West London borough of Ealing, which has a high Somali population and has issues with poverty and inequality, ee hope to have three pilot workshop in the month of August to equip them with the necessary life skills and knowledge which will then grow into a 6 week mentoring programme in the future.

We aim to have 30 youths on board and the aim of these workshops is to raise their ambitions and increase their confidence. Empowering Somali youths and helping them understand opportuniteis is part and parcel to them better life choices. Along with the workshops we hope to hold sessions with parents and others of the older generations to break down the barrier of communication between parent and child. A better understanding will create an easier flow of communication between the child and their parents.

The need for our campaign is evident and as we are one of the the first youth led campaign focusing on Somali male youths, led by somali youth. We are able to relate to the challenges and the struggles of what it means to be a Somali youth in London, dealing with pressure from our dual identities. The Somali community is an extremely under represented one, yet we are an emerging community.

Thus, Somali Rise wants to change the narrative of what it means to be a Somali youth in London, creating a positive change for the youth of the future.

Having held the focus group, we will be analysing the data and seekin to undertand what it is our community needs in the pilot workshop later on in later August. From this pilot workshop we aimt to hold others and increase turnout till we have evaluative material enough to show a need for work. We then hope to become a chartitable entity.

In order for us to achieve our aims, we need your help in spreading awareness of our much needed work in the somali community. Somali Rise is most active on Twitter, Instagram and LinkedIn because we know the best way to spread our message to the youths is by utilizing their space. Make sure to follow us and look out for our events. 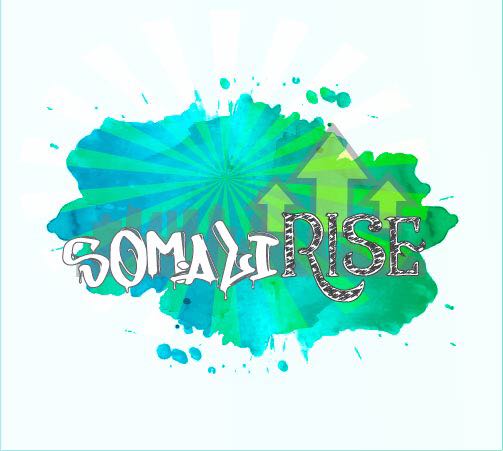